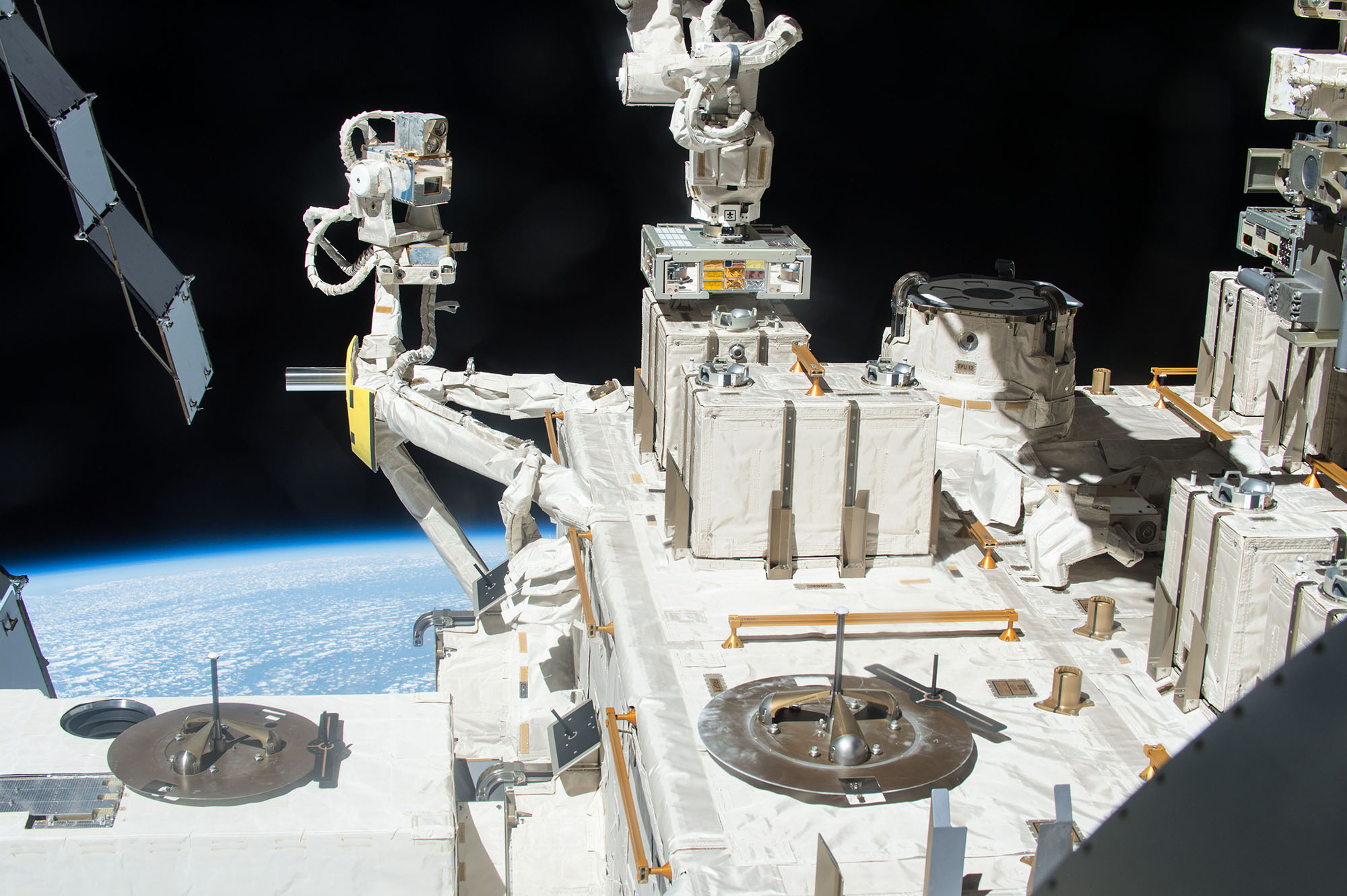 A type of bacteria that is highly resistant to radiation and other environmental hazards survived outside of the International Space Station for three years, according to a new study.

The Japanese Tanpopo mission involved including pellets of dried Deinococcus bacteria within aluminum plates that were placed in exposure panels outside of the space station.

Deinococcus bacteria is found on Earth and has been nicknamed Conan the Bacterium by scientists for its ability to survive cold, dehydration and acid. It’s known as the most radiant-resistant life form in the “Guinness Book of World Records.”

It can resist 3,000 times the amount of radiation that would kill a human and was first isolated in cans of meat subjected to sterilizing radiation.

This mission was designed to test the “panspermia” theory, which suggests that microbes can pass from one planet to another and actually distribute life.

Study author Akihiko Yamagishi, who is the principal investigator of the Tanpopo space mission, and his team in 2018 used an aircraft and scientific balloons to find Deinococcus bacteria that was actually floating 7.5 miles above Earth’s surface.

This caused Yamagashi, also a professor of molecular biology at Tokyo University of Pharmacy and Life Sciences, and his team to wonder if this bacteria, which was resistant to ultraviolet (UV) radiation, could actually survive in space and even the journey to other planets through extreme temperature fluctuations and even harsher radiation.

Deinococcus is known to form colonies larger than 1 millimeter. For the Tanpopo mission, samples of bacteria were prepared in pellets of various thickness and placed in the wells of aluminum plates. Data was collected on the plates after one, two and three years.

Then, the bacteria were tested to see how they fared.

The results entirely depended on the thickness of the bacteria. Those that were larger than 0.5 millimeters were able to partially survive, sustaining DNA damage. Although the bacteria on the surface of the aggregate, or colony formed by the bacteria, died, the researchers found a protective layer beneath it that ensured the colony survived.

“Collectively, these results support the possibility of pellets as an ark for interplanetary transfer of microbes within several years,” the authors wrote.

The study published Wednesday in the journal Frontiers in Microbiology.

The Deinococcus bacteria studied inside the space station didn’t fare so well, where oxygen and moisture proved harmful to the bacteria, Yamagishi said.

Based on the scientists’ estimates, bacteria pellets thicker than 0.5 millimeters could survive between 15 and 45 years outside of the space station in low-Earth Orbit. The team predicted that colonies of this bacteria more than 1 millimeter in diameter could survive as long as eight years in outer space.

“The results suggest that radioresistant Deinococcus could survive during the travel from Earth to Mars and vice versa, which is several months or years in the shortest orbit,” Yamagishi said.

Previous studies have suggested that bacteria could survive longer in space if it was shielded by rock, known as lithopanspermia, but this study has shown that bacteria aggregates, or colonies, can survive in space, which is called massapanspermia.

Based on the research team’s results, Yamagashi believes that “it is very important to search for life on Mars before human missions to Mars.” Bacteria from Earth could present a false negative for life on Mars or act as a contaminant on Mars.

The NASA Perseverance Rover, which is currently en route and due to land on Mars in February after launching in July, went through rigorous cleaning from assembly to prelaunch. The rover will collect samples, returned to Earth in the next 10 years, that could contain proof of ancient life that once flourished on the red planet.

The team is also considering how microbial pellets could end up in space. Yamagashi and his team suspect that bacteria could potentially be launched from Earth by the electric field generated in thunderstorms, landing the way that micrometeorites do in the atmosphere of Earth.

“Tens of millions of kilograms of micrometeorites are reaching to the Earth’s surface every year,” Yamagashi said. “(A) similar landing process may be present in the thin atmosphere of Mars.”

Next, Yamagashi and his team are interested in conducting more exposure experiments for microbes on NASA’s Lunar Gateway.

The Lunar Gateway will act as an outpost orbiting the moon that provides support for the sustainable, long-term human return to the lunar surface, as well as a staging point for deep space exploration, according to NASA. It’s a critical component of NASA’s Artemis Program, which aims to land the first woman and next man on the lunar surface by 2024.

“The origin of life on Earth is the biggest mystery of human beings,” Yamagashi said. “Scientists can have totally different points of view on the matter. Some think that life is very rare and happened only once in the Universe, while others think that life can happen on every suitable planet. If panspermia is possible, life must exist much more often than we previously thought.”